Dispose of a junk car

As great as the enthusiasm for buying a car maybe, in the end, it is only a matter of time before the vehicle has had its day. In most cases, vehicles are sold after a few years because the demands have changed over time. If the defects accumulate and the car spends more time in the workshop than on the road, resale is usually questionable. But how do you dispose of an old car?

Schrottauto entsorgen – but how? Our tips

If you want to dispose of your disused car, you should consider several aspects at the same time so that there are no unpleasant consequences later. Signing off is particularly important. After all, there should be no further costs for vehicle tax and car insurance after disposal. You should also think of proof of the whereabouts of the vehicle. It could be that the registration office will contact you a few years later and inquire about the whereabouts.

Incidentally, it is not advisable to simply leave the car behind. Long-term parking on private land can have unpleasant consequences. Because over the years, various liquids can leak out of the vehicle and pollute the floor with toxins. If this happens and is discovered, a substantial fine can be imposed. As a result, it is usually better to get rid of old vehicles promptly.

Sell ​​or give away old vehicles instead of scrapping them

Just because a car is not in particularly good condition doesn’t mean it has to be scrapped. It is possible that someone will still be found who would like to buy the car. Many hobbyists are interested in disassembling vehicles and reusing or selling their individual parts as spare parts. There are also dealers who buy end-of-life vehicles in order to export them.

Admittedly, the above cases do not usually attract large profits. Rather, the vehicles are often sold at symbol prices. Nevertheless, this variant can be interesting, especially if there is no waste disposal company nearby. Then a vehicle sale or even a donation may be done faster than organized scrapping.

In this case, it is crucial to conclude a sales contract and to keep it. Regardless of where the vehicle is going on its last journey, a proper sales contract is essential. In an emergency, it can later serve as evidence of the sale of the vehicle to the registration office. 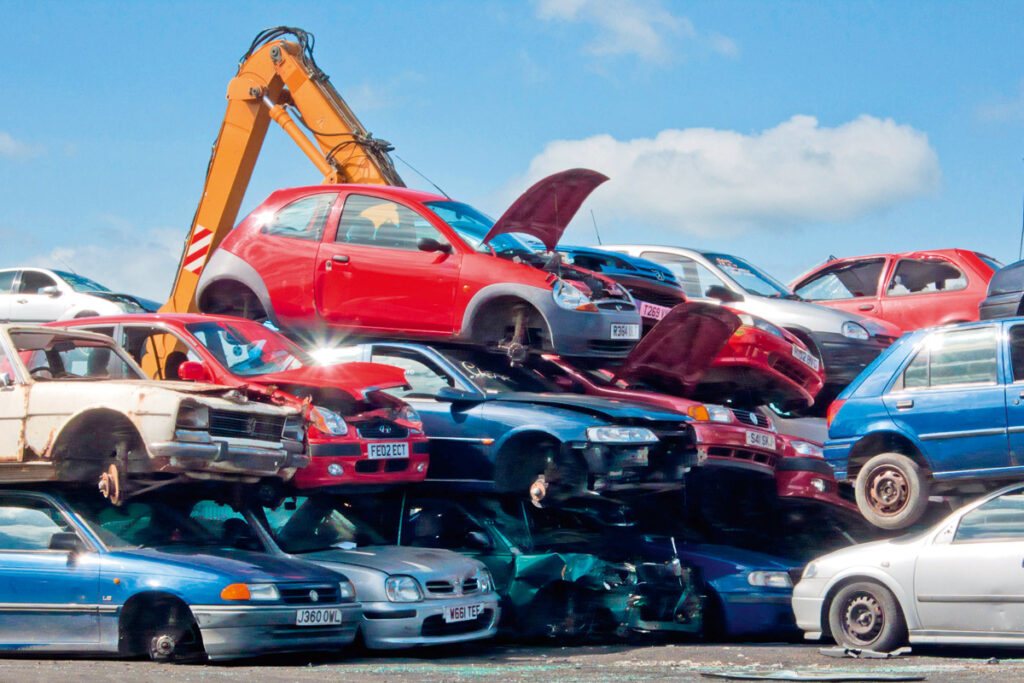 Dispose of cars through a recycling company

If nobody wants the vehicle, all that remains is to scrap it. So-called recycling companies usually accept the vehicles free of charge, which means that no proceeds are to be expected here. However, you can be sure that they will be recycled properly. The vehicle is dismantled, and individual parts are returned to the market as used spare parts. The rest ends up in the scrap press, for example to be melted down.

It is best to clarify in advance how you will hand over your car. As a rule, you can simply bring your vehicle over and hand it in for scrapping. But here, too, it is crucial to clarify the necessary formalities. A purchase contract is not concluded, but the company issues a certificate of destruction. This document is important and should be kept permanently in order to be able to prove that the car has been properly disposed of if necessary.

Note: The vehicle should only be handed over to the company if it can provide such proof. If this is not the case, the operation may not be approved.

How to get the best deal on a car extended warranty

Common terms used while getting a car on a lease

What qualities make you leading tyre dealers in Exeter

What the best car service company offers you